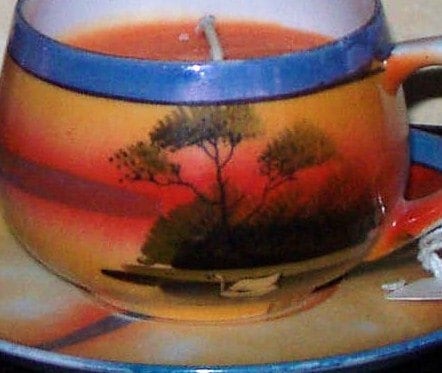 Part of the fascination with collecting isn't just because we are sentimental but it's also about the thrill of the hunt. It's about spotting something that not everyone knows about, knowing it is special and that's how most collectors feel about vintage Noritake porcelain from Japan.

One reason is that there are more than 400 different markings for them! So you have to have some passion for it to spend the time understanding the time frames of the marks, right?

A little Noritake history: Ichizaemon Morimury VI and his brother Toyo actually started Noritake in 1876. Of course, it wasn't called Noritake at the time but these were ambitious guys who wanted to sell to America porcelain that rivaled that made in Europe. It took awhile and although we see Noritake prior to 1904, it wasn't imported to America until then. It was called Nippon Toki Kaisha Ltd and the factory was in Noritaki Japan. And from 1912-1939 they employed more than 4,000 artists! They actually didn't legally change the name to Noritake until 1981.

Most collectors love the 1930's Art Deco Lusterware that they made as well as the earlier "House by the Lake", a 1920's scene of trees, often with a sunset.  But the most collectible? Pieces that were sold under the name "Chikaramachi" with a tree within a circle. It is believed that this stamp was used by the apprentices because these pieces just didn't have the quality that Noritake was known for. There is a lot that really isn't known about the earliest years because the factory and all the records were destroyed during WWII.

Here is a simple timeline to help you if you are interested in looking for vintage Noritake.

First though, you need to know that "Nippon" is just a formal version of Japan. So, Noritake is marked Nippon but then so are other companies

1891 "Handpainted Nippon" with a maple leaf

1906 "Royal Sometuke Nippon" with the shape of a bat

1908 A Komura Symbol which is a circle with a cross and 4 legs. Also started using a tree for a short time but switched to spears. If you find one with a tree, BUY IT!

1911 An "M" within a wreath in green, blue, gold or magenta. This was used up to 1940. Also started using Made in Japan instead of Nippon.

Good luck in your search! And please, don't confuse it with the Noritake you can buy at Bed, Bath and Beyond today.

Previous Post My Favorite Fathers Day Gifts On Etsy
Next Post Easy Crafts to Brighten Up Your Patio or Porch!
0 items in your cart